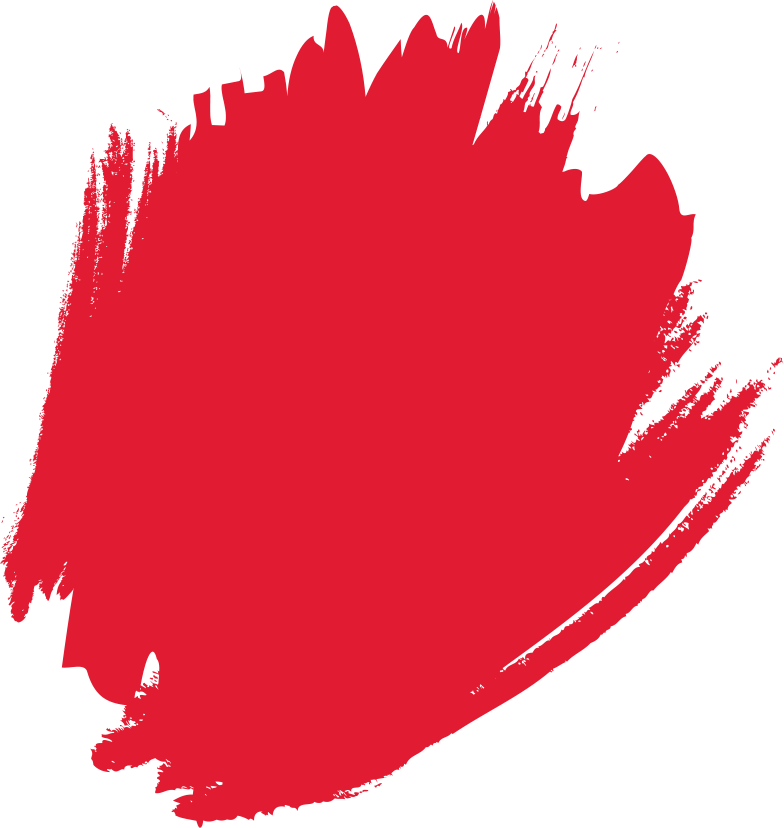 Discover how they are raising awareness for health equity, diversity and inclusion, and share your voices in unity. Check out the fun we had last year on our social media platforms!

Check out our photos of this exciting event!

The event is closed at this time but we are placing attendees on a waiting list so feel free to still register.

This year’s annual recreational and educational family camp is being held in Charleston, SC, and is available to individuals and families who either have a bleeding disorder, are carriers of a bleeding disorder, or have an immediate family member living in the same household diagnosed with a bleeding disorder. The event is going to be centered around addressing South Carolina’s bleeding disorders health equity, inclusion, and diversity (HEDI), all wrapped within a three day summit. With members throughout the state, this summit is being held in the Lowcountry to provide advocacy education and support to our community members who live in the region, while also providing  our advocate members a coastal venue experience.  Members will enjoy an extended opportunity to connect with others who may be experiencing some of the same bleeding disorders health care journeys and challenges, while advocating for solutions to address the barriers we still face as a community today. Participants will learn how to best advocate for them self and their families and learn what we can do as a community to help make change. We have invited our local and national speakers and educators who are among the best in the nation to join us. We will concentrate on access to care and treatment, health equity, inclusion and diversity with members leading the conversations. We will also prepare for our next SC legislative session and address threats with barriers to treatment access. You will leave engaged on how you can make a difference. You and your family will also have time to visit and explore Charleston with all it’s history and coastal experiences. There will be fun and community connections for the whole family.

Educational exhibit opportunities will be offered for participants throughout the weekend to provide informational materials and one-on-one conversation opportunities on the most up to date treatment therapies and support services.

The weekend is free of charge to our BDASC members. All meals, lodging, and activities are included. Space is limited and registration with BDASC is required. Notification will be sent once the deadline date is closed and applications are accepted.  Applications are accepted on a first come / first serve basis, and a need-based weighted selection process will be implemented if we cannot accommodate all eligible applications. Come join us, register today, and “Raise Your Shields” in advocacy. Every voice counts! 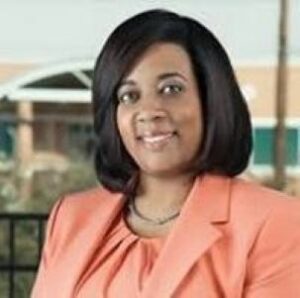 What does it mean?

Dr. Keri Norris works as a public health professional with extensive training and expertise in health equity, health promotion and disease prevention at the local, state, and federal level. She has worked for some premiere public health and higher education institutions (including the CDC, The Fulton DeKalb Hospital Authority, Spelman College, Agnes Scott College, Baylor University and Morehouse School of Medicine). She is currently the Vice President of Health Equity, Diversity and Inclusion for the National Hemophilia Foundation.  She has a TEDx Talk on Hiding in Plain Sight: Health Equity and What’s Missing. She is a graduate of Agnes Scott College, Morehouse School of Medicine, the University of South Carolina, and Emory University Law School. Keri serves on the board of  Henry County Board of Health, Good Samaritan Health Center Atlanta, Haven of Light, International and the advisory board of the National Coalition Against Domestic Violence. She is a member of Junior League DeKalb and Alpha Kappa Alpha Sorority, Inc. Dr. Norris is an author, coach, and mentor. In her spare time, she enjoys binge watching a good series, bad karaoke, and spending time with family. She has a son and a grandson. 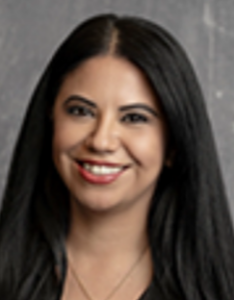 Josie has over 16 years of experience in the Texas legislature to include 9 legislative sessions and 13 legislative special sessions. She has worked in both chambers of the legislature with senate and house members including Texas House of Representatives Speaker Joe Straus.

Josie is a native of south Texas, fluent Spanish speaker and 5th generation Texan. She received a Bachelor of Arts from Texas State University with a major in Political Science and minors in Political Communications and Spanish. Josie moved to Austin, Texas after she graduated and considers herself a true Austinite. Austin is known as the live music Capitol of the world and live music is one of the things she loves most about the city. Josie’s affinity for music stems from her passion for playing the accordion. Josie loves spending time with her mom and brother. Her mom is a retired teacher and her brother currently works for the Texas legislature. She enjoys traveling and learning about new places and different cultures. 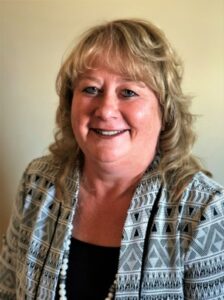 Michelle is an experienced executive in healthcare policy and advocacy.  She has worked across many areas of healthcare, including payer relations, federal and state policy, and pharmacy concerns. Most recently, Michelle served as the Chief External Affairs Officer with the National Hemophilia Foundation (NHF), responsible for NHF’s public policy strategy and agenda, and building key external partnerships. As the mother of two sons with severe hemophilia, Michelle has spent over 32 years advocating and leading change in various roles.  She has held several board positions throughout her career, including the Indiana Comprehensive Health Insurance Association, the Foundation for Complex Healthcare Solutions, and Community Health Charities. In addressing healthcare challenges in rare disease, Michelle has led transformational change in the patient advocacy space, facilitating dialogue and collaboration between payers and providers.  While at NHF, she created the Comprehensive Care Sustainability Collaboration, which is now being replicated by other national patient organizations.

Discover and engage in learning about our health care access and barriers to care, what insurance companies think about, hear about our state programs and Medicaid access, and understand how together, we can strive to build payer relationships improving our access to care and treatment. You will learn how payers and advocates share many of the same concerns and that our healthcare system is about serving the population at large, not one specific disease, ethnicity, or gender group. 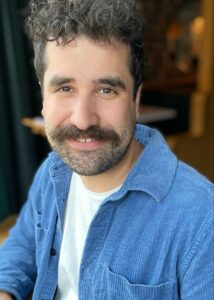 Adrian Palau-Tejeda is a successful Health Care Policy leader, driven by community engagement, data and congressional relationships. Coming from a background in community organizing and campaign work, Adrian has worked previously in the rare disease space to promote the equitable access to treatments and cures for underserved communities. Since joining the team at the Hemophilia Federation of America, he has helped relaunch the Health Disparities Council and is excited to work to drive forward the cause of health equity in the bleeding disorder space.

Join Adrian and the South Carolina Treatment Center’s physicians and staff as they engage in a conversation on access to care and treatment in South Carolina and how health disparities can affect persons with bleeding disorders achieve quality health care outcomes. 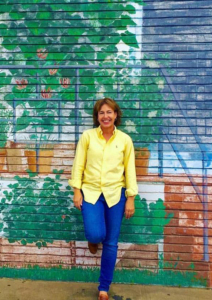 How your Mental Health affects your Physical Well Being

Handling the Mental Stress of a Chronic Condition:  Discover how the body holds on to stress, how the physical stress of a chronic condition compounds mental stress, and learn strategies to relieve stress.

Debbie de la Riva received a master’s degree in counseling psychology from the University of Houston and became a licensed professional counselor in 1989. Her work experiences have included serving as a stress management therapist in a psychiatric hospital, managing a mental health resource department and was an Executive Director of an affiliate of Mental Health America.

When her son was born with severe hemophilia in 1994, the entire de la Riva family quickly became involved with the bleeding disorders community on a local and national level.  Debbie is a former Executive Director of the Lone Star Chapter of the National Hemophilia Foundation, past Co-Chair of NHF Annual meeting and a recipient of the Ricky Ray Award for her advocacy efforts. Her son, Jorge, attended hemophilia camp and ultimately became a camp counselor.  Her daughter, Cristina, was elected to be a member of NHF’s National Youth Leadership Institute and her husband, Jorge, served as the chairman of NHF’s Board of Directors.

In addition to founding Mental Health Matters Too, Debbie is a certified Mental Health First Aid Instructor and provides training to hemophilia treatment centers and chapters around the country.

Additional Speakers and Panel Guests Include:

Transitioning and Mental Health Stressors: Learn how to transition your care from your parents and become more independent while managing a bleeding disorders in school, work, or with friends and discover the impact it has on your siblings.

Health Equity Wrap Session: What have we discovered nationally and what is on your mind?

Provided by the SC Advocacy Coalition

Put Yourself Out There: Sharing and Advocating for Bleeding Disorders

Be Your Own Champion Through Advocacy!

Presented by the SC Coalition and Ambassadors

My Jar of Feelings Project, Becoming a Super Hero: Telling your Story Makes You Brave, Learning About Advocacy: Breaking Out Your Emotions, Factor Man and Making a Blood Model, How Our Blood Clots Project, Teen Mentoring: What We Like About Summer Camp!

With gratitude we thank our 2022 Sponsors!

Our mission is to raise awareness for and advocate on behalf of persons with bleeding disorders and their families; provide education and supportive services; and promote ongoing research to improve the quality of life for those affected.

How to Get Involved